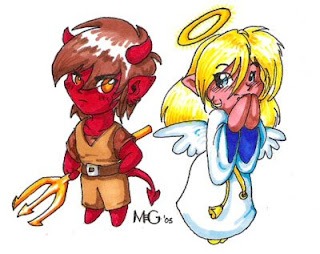 One afternoon, during the PT period, the students of grade9 B were busy playing badminton and volleyball. Some were seriously studying, and some wandering around.

I joined my friends playing badminton. There were five of us and we had only two racquets. We, however played, adopting the ‘out system’ (if the cock was missed). The game went cool until my turn came. I played very well but unfortunately, I was out. I had to wait until my next turn came, and waiting was tiring than playing! I just wandered out of the playground and stood near the grass looking here and there. I saw a shoe near the gutter and started to stare at it. One of my friends joined me, and later on the others as well. This went on, and majority of my classmates left the game to see what was happening. As I did not tell my friend what I was actually staring at, she mistook it for a ‘snake’, and in the meantime, it spread like wildfire. Finally, all of the girls stopped playing the games and gathered around the gutter. Those studying seriously anxiously watched the commotion. Somebody made courage and went to see if there was ‘actually a snake’ in the gutter. Then they found out that it was not a snake, but a dirty old shoe, they buzzed about and went back to play. Nevertheless, as luck would have it, the bell rang just in time. I could not help my laughter! I related to my friend what had actually happened. We both burst out laughing. Our laughter did not end even though the bell rang and it was time to go home. We started towards the cycle stand giggling, and making fun of the others. Nobody actually knew it was actually a plot! The devil lied within the angel! Heh heh! >:-)

It was one of my funniest incidents in my high schooling.